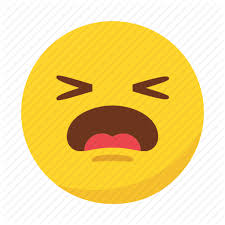 Forgive me Father, for I have sinned.

I’m no Catholic, but when you’re lying on your bed, with a guy trying to place your knee to your chest, and you’re unable to think of a single swear word, let alone say one, you know you’re in trouble.

And as anyone who knows me can confirm: I can make a sailor blush, so it must be bad 🙂

Yesterday I spent a stupid amount of money for what can only be described as an hour of cruel and unusual punishment.  Sixty minutes of virtually unrelenting pain as my otherwise wonderful physio contorted my limbs into positions they really did not want to go.

Torture, in case you’re wondering, is defined as an act of inflicting excruciating pain. I think come visit me on a Saturday afternoon and see it inflicted on someone who’s actually paying for it.

When I was a gym bunny the only point of exercise, I used to say, was to do the stretching after. Teasing out the muscle fibres and detaching them from themselves and all of the connective tissue in between.

Stretching’s more important now as my muscles get quite tense and inflexible. And I need their ability to expand and release if I’m to regain my ability to stand.

At this moment poking my eyes out with sharp sticks would be a more preferable form of pain management than forcing my bent legs straight.

A good analogy would be thinking of an envelope that’s been sealed with a super-glue that’s gone cold and become inflexible, and then trying to open it without tearing or ripping.

The fibres of my muscles are the envelope’s edges tightly sealed. And they sting when touched, even lightly.

Each stretch results in a minuscule tear separating the fibres from the glue. It’s been over six months since any physio-terrorist did this.

I’m trying not to scream, but tears are streaming down my face and I’m struggling for breath. If this was real torture I would have passed out some minutes ago.

Until finally: No stop, I can’t take it anymore. I’ll sign anything. Give me a pen, I did it, It’s my fault. I confess.

Very well. Your signature here please and that will be £80.

Tales from the Ward: Chapter 33 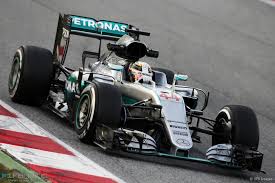 I always remember the day I took my driving test 30 odd years ago, not just because it was Guy Fawkes night (November 5 for non-Brits where the 1605 foiled plot to blow up the House of Lords by Guy Fawkes and others is celebrated with fireworks and bonfires – the Great Gunpowder Plot)

But also that I got my licence at all after driving through a light turning red on the way back to the test centre.

No written exams then, new drivers, just a few questions out the Highway Code, a mandatory hill start and a reversing round the corner (who does that?)

And while I’m on the subject of who can do what these days while driving, I can remember simultaneously smoking a fag and navigating myself around London using a hand-held A-Z book with no problem.

Anyway, someone from the Great Ship social services has deemed I qualify for an electric wheelchair and I’ve received a letter summonsing me to the Test Centre.

After a very quick indoor lesson – press this to go – I’m sent out. My wheels have a top speed of 4mph so you’d think there’d be no danger of an accident. They weren’t expecting the old guy bent over with two sticks walking very slowly past the exit.

The joist-like steering is hyper-sensitive and it takes a few corners to get used to the handling.

But another few corners later and #LewisHamilton would be proud. I’m out onto the mean streets of somewhere by the sea, past the chippie and the Wedding dress shop and we’re going so slow I can inhale the Monday morning brew at the coffee shop and smell last night’s lemon chicken from Proud Hong Kong Chinese takeaway.

I have a tense few moments before I know if I’ve passed. The answer’s a resounding Yes. First time again.

Only a two month wait before it can be delivered.

Just in time for Christmas.